Who's your favorite Doctor?

The Day of the Doctor, The Doctor Who 50th anniversary special is about 3 months away.  While I spend time scouring rumor sites, I thought I'd post my top 5 favorite Doctors.  Who are your favorites?

Patrick Troughton
The second Doctor, Patrick Troughton, made me trust him immediately.  Gentle, using words instead of violence (mostly) and the Tomb Of The Cybermen was amazing. 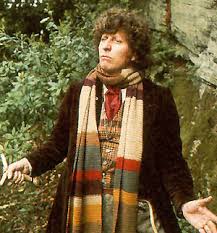 Tom Baker
The 4th Doctor, Tom Baker, is as goofy as his scarf.  But then came the Key Of Time series, where you see him get serious is amazing.  Particularly the Pirate Planet by Douglas Adams, amazing stuff. 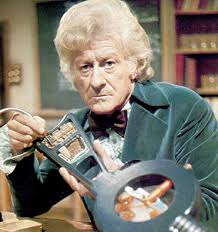 John Pewtree
The James Bond of Doctors, if James Bond could pull off a cape.  A much more grounded seriers due to budget cuts made the writing that much more important.  John Pewtree does a fantastic job of showing that while The Doctor looks old, he's definitely packs a punch (or Venusian Karate Chop) 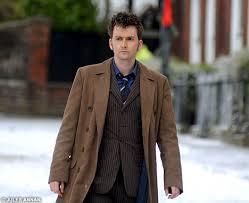 David Tennant
David Tennat's turn as the Doctor was a difficult one for me.  At first I couldn't stand him, then I couldn't believe the series would continue without him.  My favorite moment of all is in the Family of Blood 2 parter, when he must take the decision to "murder" John Smith in order to save everyone.  I found it more gut wrenching than the "I don't want to go" line.
Posted by Jugg Monkey at 8:27 PM

Every family should have the professional consultation of a family medicine doctor at their disposal, both to provide routine exams to keep your family healthy, and to diagnose any medical issues or concerns that may arise. A family doctor is an asset, because not only do they have the medical knowledge to treat your conditions, but they also have a caring established relationship with the members of your family. Here are five reasons for finding a great family physician. family physicians phoenix